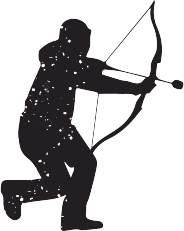 Archery Combat will take you back to your childhood...

This activity is a perfect mix of the agility of dodgeball and the precision aim of paintball, with a few bows and foam tipped arrows thrown in for good measure!

On the Archery Combat field, two teams battle it out to eliminate opposition team members, by tagging them with an arrow, or catching arrows fired at them. It's an adrenaline and action-filled alternative to paintball, that's still safe enough for kids to play.

The two things that make Archery Combat so popular at The Playground are the combination of healthy rivalry and the in-your-face action. Players are in close quarters throughout the game, so a lot of banter goes on and everyone gets to see all the action, as it unfolds (unlike paintball, where you often only hear about it after the game has ended). The bows are easy to fire and, with a little bit of practice, you'll be surprised at just how easy it is to hit your target.

Archery Combat is the type of game that videos or written descriptions just don’t do justice. It's not until you actually play it for yourself, that you fully appreciate the anticipation and competitive spirit and, before you know it, you'll be hooked! Archery Combat is suitable for players aged 8 years and up. 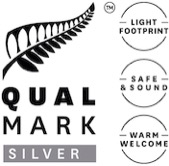 For private groups of 6 or more people Read this blog on Archery Combat